On behalf of the Federal Office for the Environment FOEN, Meteotest has updated the Swiss immission maps for the air pollutants nitrogen dioxide (NO2) and particulate matter (PM10, PM2.5) using the PolluMap model.

The new immission maps are based on updated and improved emission data. In particular, the roads are available as finely digitised lines thanks to the use of a very detailed traffic model. In addition, the underlying PolluMap model has been further developed so that the maps can be calculated with a resolution of 20 x 20 m (previously 100 x 100 m), which is unprecedented in Switzerland.

Thus, the new immission maps have a significantly higher accuracy. The fine spatial resolution also makes it possible to depict the air pollution - which varies greatly depending on the pollutant - in a much smaller scale and thus more realistically.

The NO2 concentration in Bern in 2015 according to the updated calculations.

The PolluMap model has a long history in Swiss air pollution control: the model has been continuously developed and refined over the past 20 years in a joint venture with the company INFRAS.

In a first step, emission inventories are calculated on the basis of emission balances. In the model, the concentrations of air pollutants are then calculated for average meteorological conditions with the help of these emission data and models of pollutant dispersion as well as chemical and physical processes in the atmosphere.

The model results are described in detail in a final report on the results and in a technical report (in german). 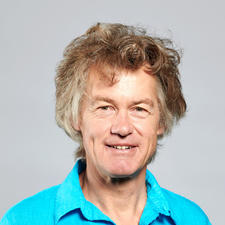