In order to achieve climate targets, renewables must be expanded rapidly. In the near future, electricity production from renewables will exceed the load. Either the electricity is stored for later use or the plants are shut down. In a new study, we calculated the optimum between curtailment and storage.

The study was carried out as part of the Photovoltaics research programme of the Swiss Federal Office of Energy in collaboration with US partners (Clean Power Research and State University of New York at Albany).

The study shows how PV in Switzerland can make an effective and economic contribution to future electricity generation from renewable energies. Taking into account flexible hydropower resources, the optimal PV/battery configurations were analysed in order to be able to meet the country's growing electricity demand for every hour of the year at the lowest possible cost - with an abandonment of nuclear power generation.

The 24 scenarios examined are based on the Energy Perspectives 2050+. They differ primarily concerning import of electricity as well as battery and PV generation costs, for which there is great uncertainty about the price levels for 2050.

Since storing electricity is more expensive than producing it with PV, there is an optimum between adding additional storage and oversizing PV. The study therefore assumes that part of the PV production will not be used directly and will have to be curtailed. Our analysis shows that, depending on the scenario, optimally between 10-20% of the energy of the PV plants would be curtailed. 10-20% of the energy would mean that the maximum peak power of the PV plants would be reduced by about 40-50%.

We show in our study that the electricity production costs in these scenarios would be 0.06 to 0.08 CHF per kWh in the Swiss grid. This roughly corresponds to market prices until mid 2021 and is far below current market prices.

Electricity production costs vs. curtailment of PV. Depending on the scenario, the optimum lies between 10 and 20%. It is the curtailment that makes PV electricity cheap.

The scenarios with no or only a few imports also show only slightly higher costs, due to the central element of oversizing and PV curtailment. This approach also significantly eases the energy trilemma regarding security of supply, sustainability and affordability.

The lowest cost scenario for 2050 results from about 40 GW PV, 15% curtailment and 15 GWh batteries, including 10% net imports (18 TWh in winter), a 10% increase in hydropower generation and storage (plus 1 TWh seasonal storage), an increase in pumped storage capacity (from 2.9 to 5.7 GW) and an import of 5 TWh synthetic energy sources (e-fuels) for power generation. 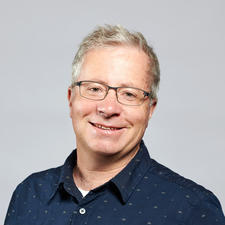